Only important in spaces where Breathing is required

I was reading a Berkeley study which looked at 162 fifth and sixth grade classrooms over two year period in California. The results linked poor ventilation rates and illness absence.  The poor ventilation rates lead to increased CO2 as well as increased rates of disease transmission through small aerosols or particulate matter. Even though the study showed that the California schools could have generated $33 million more attendance-linked funding with an increased $4 million in spending to get ventilation correct, that never happened. The ventilation was not improved, and kids were working in rooms with high CO2 and higher amounts of particulate matter causing lower attendance and lower performance by students in this environment. 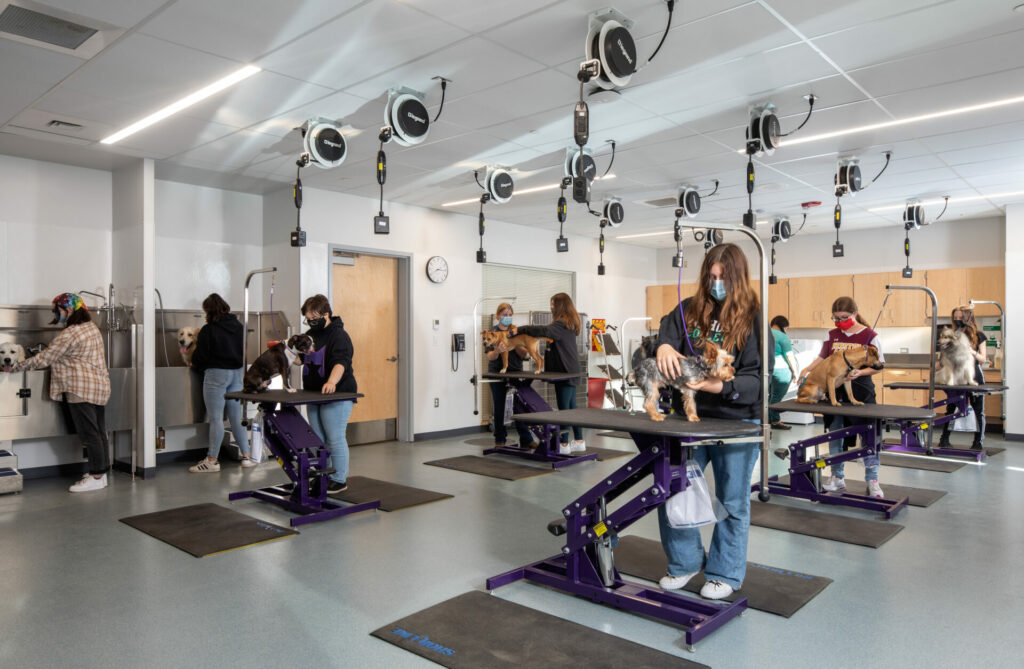 It made me wonder why there doesn’t seem to be a real focus on how much particulate matter is released into a classroom, an office, or most of a hospital for that matter. When it comes to a ceiling tile the Indoor Air Quality (IAQ) guides seems to focus on the reduction or elimination of VOC and formaldehyde emission.  Additionally, the IAQ guides put pressure on ventilation and filtration to improve indoor air quality to reduce higher CO2 and particulate matter.  Obviously from the study above, this does not always happen.  What if you had a ceiling product that released less particles into the air?  Would that be important to a student, a parent, an employee, or an employer?  You do see some ceiling tile areas in healthcare where low ISO classification (maximum release of particulate matter in ceiling products) is specified for level 4 areas which are areas deemed very high risk. I’m not sure why ISO Classification is not as important in other spaces where people breathe?  If the CO2 in the room is high then there could be an issue with proper ventilation.  If the ventilation is not working properly then that also could mean that the particulate matter count is high, which could be an issue.

What is particulate matter?  Particulate matter is the mixture of solid particles and liquid particles and liquid droplets found in the air.  It can range in size, from visible to the naked eye to microscopic.  A ceiling tile and other building products will release this matter into the air during normal movement of the building over time.  There is a real focus on particulate matter at or smaller than 2.5 microns since those are small enough to enter the lungs.  This can lead to increased risk in asthma, bronchitis, cough, wheezing, and of course getting sick and being absent.

At OWA, we produce our mineral fiber ceiling tile core composition differently reducing our carbon footprint during production and also giving a more durable ceiling tile.  Our products hold together better which shows in our ease of cut, low dusting during installation, and less particulate matter emitted.  Additionally, our entire line of smooth white scrim Octave ceiling tile is a very low ISO 4 designation. Our material is tested on a cut or unpainted edge to reach our ISO 4 results while our competitors often reach their ISO designations by putting paint on edges or using gasketed grid which increase the cost.

Whether it be our 0.70 NRC product or up to our 0.95 NRC product they all will be the same consistent, quality mineral fiber and all will be ISO 4.  Our products have very low air permeation. In fact, our Octave line has 10 times less air permeation as compared to fiberglass allowing the HVAC system to better seal on the ceiling and increase its efficiency during ventilation and filtration. At OWA, you get more than what you paid for – a higher quality mineral fiber product that will increase Indoor Air Quality. It will help us all breathe a little better.

OWA: All we do is ceilings and have done so for over 60 years.  Stocking product in the United States since January 2020.